How often does the winning team score more baskets in NBA games?

Okay, the title sounds kind of stupid at first glance, but hear me out…

This led me to a simple question: how often would counting how often the ball goes through the hoop for each team correctly tell you which team actually won?

Importing datasets with only necessary columns. The games dataset is only for joining season information to game_details.

To answer the question, I have to compare points and buckets between the two teams for each game.

If for a given game, the winning team scores more buckets, my basic basket counting method worked! Otherwise, it didn’t. sadface

How often does the winning team score more baskets, regardless of whether the baskets count for 1pt, 2pt, or 3pts?

Nearly all of the time. 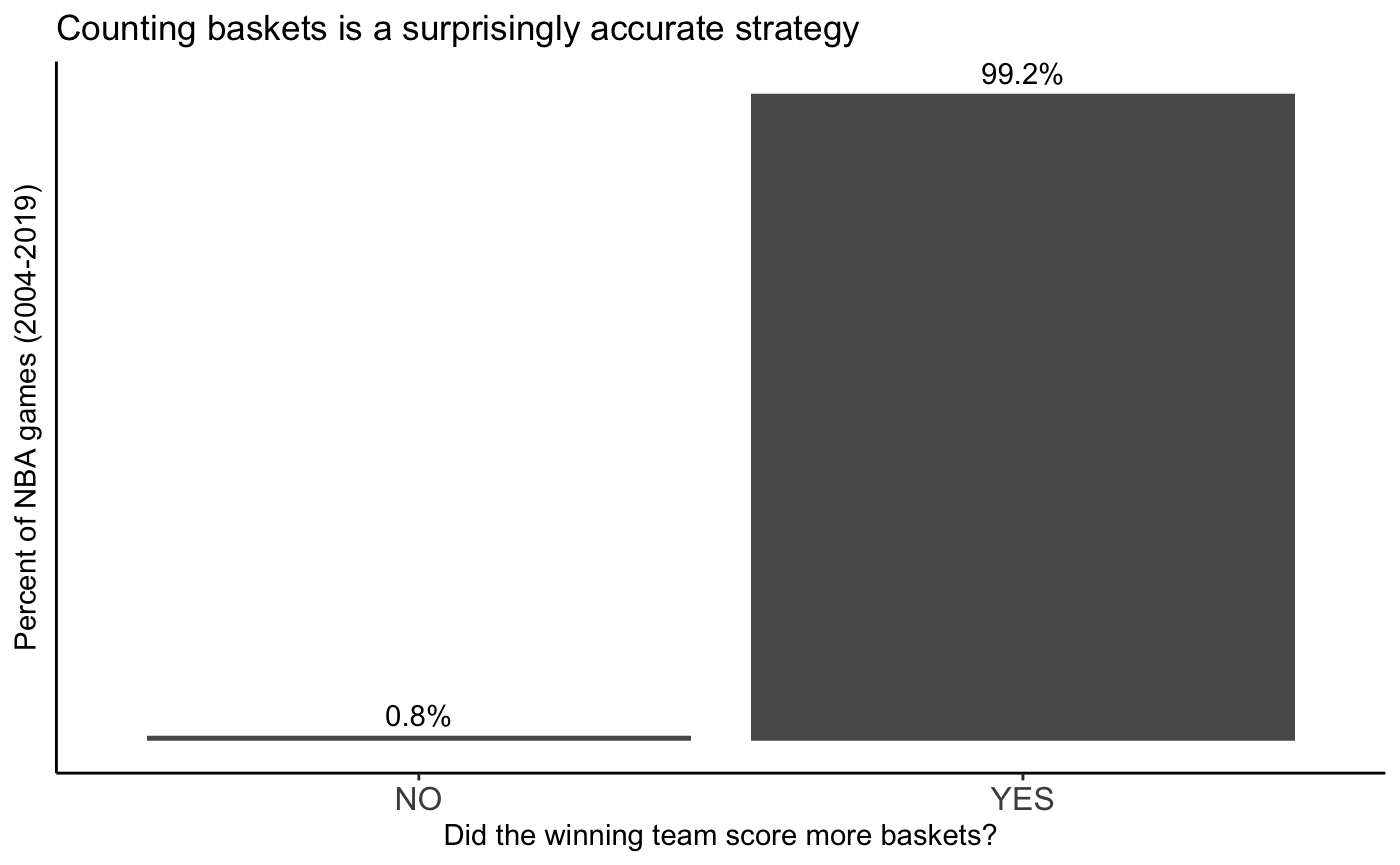